Why would a successful computer business owner walk away from it all to become an inventor?

In 2002 I ran a high tech company that repaired computer motherboards for some of the largest mass merchandisers in the country. We had 35 employees and every time I walked into someone’s office they would grab the mouse and minimize everything on their computer screen. Of course, this just made me move closer so I could see what windows were minimized. It was usually Internet Explorer, Napster, Kazaa, or something my employees didn’t want me to see. One day an employee walked into my office when I was inputting the year end bonuses. That’s when it hit me. The light bulb went off – I had an epiphany! As I reached for my mouse to minimize the spreadsheet I realized that I do the same thing. Someone should invent a better less obvious and less intrusive way to protect the privacy of what’s on your monitor. 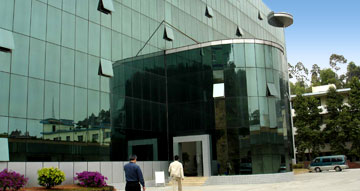 Being a self proclaimed computer geek, I stayed late at the lab and within a week had built a working prototype. It worked so well and the obsession had become so great that I sold my company, and began development of the StealthSwitch in an aircraft hangar in the cornfields of southern Wisconsin. The original StealthSwitch was born!

I am what is known as a serial entrepreneur and this is my third high tech company. In classic entrepreneurial style of do everything yourself, I began what has turned into a 2.5 year journey from computer repair business owner to self taught inventor. I discovered there is a huge difference between repairing someone else’s product and designing your own. I had to learn about assembly language programming, C programming, CAD software, stereo lithography prototyping, packaging, marketing, patents, trademarks, offshore outsourcing, microcontrollers, USB certification, installation software, help software, CDROM design…. the list seemed endless. I built the first few prototypes myself and then outsourced some of the final engineering design. I traveled to China to oversee production and finally in January 2005 received the first shipment – but that’s another story.

After 10 years of successful StealthSwitch sales, I decided that it was time to expand. I was continuously receiving feedback from my customers that they were looking for a more durable commercial product, that could be used in high-usage scenarios, such as in gaming and in photo booths. I developed the StealthSwitch 2, so my customers would be able to use their own heavy-duty industrial footswitches and have the ability to personalize the settings for their desired uses. The StealthSwitch 2 was used in dental schools, dentist offices, museums, and at many weddings in photo booths. Over the course of two years, I compiled all the feedback I was getting from my new customers, and The StealthSwitch 3 was created. With multiple new features added, a more robust design, and with high-usage commercial environments in mind, The StealthSwitch3 is our best product yet!